I speak to my mum and dad every day now. I didn’t before – before, I would call once or twice a week and we would catch up on all the week’s happenings. I would share stories from the kids’ many after-school activities, proudly informing my parents how well they are all doing in this and that, the things we have done as a family, the friends I have seen and the things we have in the diary for the coming week. 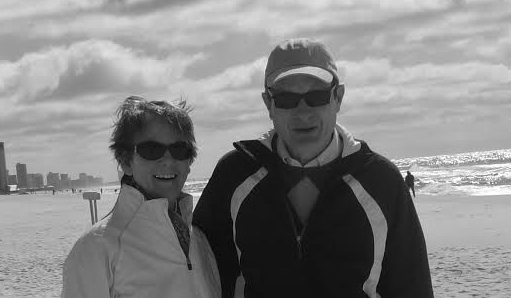 They would let me know how many times they had played golf, which competitions they had entered and how they had got on. Whether they had been dancing that week and if they had seen anybody I know, how the garden was coming along (they were keen gardeners) and if there was any gossip about the neighbours (who are Mormons, which fascinated my mother immensely – no birth control apparently!). Then, the following week we would catch up again, about those activities passed and they would update me and we would chat about what else was coming up in the week ahead. And, so it would go on…… The cycle of communication between us constantly spinning; visits booked in; memories and experiences shared; the kids’ accomplishments marvelled at. It was simply life happening.

Now the calls are different, but my mum, more often than not, seems to enjoy talking to me. Other times they feel like they are a chore to her, or they feel like she is not aware of where I am, or where my voice is coming from. But, no matter what our conversations are like, she has taken to always ending the call with a chirpy “Drive carefully!” It is a funny thing and I am not sure where she thinks I am driving to or why, but she seems to use it as a regular sign off on the phone. Perhaps to her, it is a safe way of ending a conversation. Perhaps she remembers that I used to drive a lot for my job, hundreds or miles every week, so perhaps this is the ‘me’ she remembers. I don’t know. I do know that my mum can’t drive herself anymore and dad recently took the decision to sell her car. A fact she is sometimes very cross about. She will sometimes tell me in a very angry and agitated way about how “that man” has got rid of her car and he didn’t have permission. I will try and comfort her by telling her it’s fine, trying to change the subject or telling her not to worry, when she’s fit and feeling better we can get her a new car. “I’ll be able to drive again soon,” she often tells me. “The nurses keep telling me how well I am doing.”

I remember the last time I saw my mum drive. They had been down visiting and she had been exhibiting some strange symptoms and had retreated a lot into herself. Dad drove the long trip down, then he made my mum drive the 200 miles home a few days later. She had shied away from driving for a while. In fact, she had shied away from everything she used to love doing – golfing, dancing, driving, gardening, cooking….everything really. It was like she had lost her confidence and I remember thinking it was good that he was making her drive, as it was going to prove to her that she was still capable, still competent and what on earth was she so worried about. Good Lord! If only I had known. But we didn’t know. Not then.

Mum had been getting a bit forgetful for a while, but the symptoms, or the behaviours that caused us the most distress in the early weeks and months last year were the delusions. I vividly remember hearing my mum ask me over the telephone when I had last seen my dad, as she was worried about him and there was this other Stephen in the house instead. I thought she was kidding at first, I think I laughed. Then after speaking to my hubby, my sister and my brother, we tried to convince ourselves that she was maybe attention-seeking, or perhaps some medication she was on for depression wasn’t agreeing with her. But, hearing her voice, her normal Mum voice down the phone utter those odd words was terrifying. And, not knowing what to do or what to say, I challenged her and told her she was wrong. I told her time and time again to look at that man there and compare him to a photograph. She did, she said, but the man there was far too young to be her husband Stephen. I just laughed. Again.

Dad had a strategy for a while that seemed to work in those early days. When she started to say this “nonsense”, as we called it, he would take his mobile phone and walk up the street. He would call me or my sister, or my brother and ask us to call mum and speak to her and try and calm her down and get her to call him on his mobile. Which we would immediately do. On these calls, she always sounded frightened, or worried and we would advise her to call Dad on his mobile to see where he was (this was when she could still use her phone and look up numbers in her address book). Dad would then answer and tell her he’d just been out / at the shop / at golf / at the library and he would walk back up the drive and tell her to look out the window. She would stand at the front door then, with tears rolling down her face, unable to speak through her relief as he would give her a big cuddle. “Where have you been?” she would ask him through her sobs, “I was so worried. Why did you leave me?”

For a while this worked, though sometimes it took two or three attempts. I remember one time when they were visiting me for a few days and it happened. Dad strode into the house once, confident that she would suddenly recognise him again, only for her to snarl at him, “You’re not my Stephen. I don’t want YOU here!”

At first, in those early days we were in shock, I see that now. And, it was shocking. Shocking and scary and absolutely petrifying. The first time she left me speechless was in a trip to the local co-op and as we pulled into the car park she asked me very quietly if I had seen my dad recently. “What do you mean, Mum?” I asked her, half amused, “he’s back at my house, we’ve just left him making a cup of tea.”

“That’s not your dad,” she said. “He sometimes turns up and he calls himself Stephen, but he’s not your real dad.”

I didn’t have any words at that moment, in response to what I had just heard. Literally, I couldn’t speak a single word. Dumbfounded I was, sitting there in the car park of that God-awful bloody shop, where no one ever smiles. I think I eventually muttered something about popping inside to pick up whatever foodstuff we needed for dinner and I tried to commit to memory her exact words, as I knew I would want to remember them. I knew I would need to recount them to my hubby and my sister and my brother. I knew I would have to try and make some sense of them at some point. I am still trying.

So, this happened more and more frequently, until Dad had eventually disappeared altogether and she has not seen him for months. She searches for him though, all the time and it is so very sad to watch. She wanders the house, looking in all the rooms for her Stephen and I want to scream at her that he’s here, in front of her very eyes, waiting to be bloody found, but I now know there is no point in trying to convince her, it only makes her worse. It only agitates her more and then her delusions escalate and her behaviour can become more erratic.

Occasionally though, she is calm about this man in her house. Last night I called and she sounded quite perky. Nothing made sense and she went quiet at one point and seemed to be listening to a voice only she could hear, “What cup?” she asked someone, “Where?” Then as I was trying to get her to hear me with my loud “Can you hear me Mum? Are you there?” she replied, “Sorry? I’ve lost voice.” Mmmmm….you’ve lost something Mother, and it’s not your voice. Not yet.

But, after our disjointed attempt at a conversation, she asked me if I wanted to speak to anyone else. Now, this is very rare. Normally, we ask very cautiously if Stephen is there, or if there is a tall man we can talk to, as we never know if this is going to upset her or not. It normally makes her cross that we want to speak to someone who is not her and who is not my dad. “Yes please,” said I, “is Dad there? Or Stephen?” I then heard her wandering through to another room and asking my dad if he was a Stephen. Yes yes, I hear him declare brightly (he constantly amazes me my father) as he takes the phone from her.

He tells me they’re both fine. They have had a nice day. That Mum has had a good day (this is now relative and compared to 12 months ago would be an incredibly shit day). He tells me she was up at 3am, then 4am wanting to get showered and dressed, but that she has eaten well. And, with his reassurances I can relax a little, because, that is now it. These few small things are what make a good day. She has not tried to get the neighbours’ attention by banging on the windows shouting about being kept locked up against her will. She has not hidden all the house keys in her Mary Poppins handbag, along with knickers, tissues and an assortment of buttons, nightwear and the odd, single shoe. She has not fallen down the stairs today, unsure of her footing and unstable on her once nimble feet. So, all in all, it has been a positive day and I can relax with my glass of wine and try not to worry too much for one night, at least.

He put her back on the phone then, to say goodnight. “Night then Mum, I will call you tomorrow.”

She giggled, “I’ll take Bob out one day soon.” I think she thought I was Jean, Bob’s wife. Maybe. I have no idea.

And, I reassure her through my quiet tears that of course I will. I always do and that I love her.