Dementia seems to be following me. Not in a physical sense – there is no person dressed up in a huge Forget Me Not hiding behind corners waiting to “BOO!” at me. There is no out of work actor hiding inside an over-sized foam brain (with front temporal lobe areas shaded out) following my every move.No, instead I see it everywhere where perhaps 12 months ago I would have not noticed and where perhaps 12 months ago the focus on dementia in our society (“the disease of our time”) was not as great as it is today. 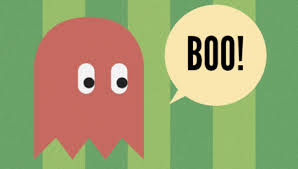 I went to Specsavers today (to complain about the service I received there recently and the fact they seem to have put the wrong lenses into the wrong sides of my new specs!) and they were hosting a Dementia Awareness Day; selling cakes and buns and cups of tea for donations. After getting an £80 refund from Eric, who was pleasantly (also read; oddly) dressed in his 1950’s outfit, complete with braces, I then spent some of my refund on buying armfuls of beautiful cupcakes from the lovely Kate (dressed as a 1950’s rock’n’roll teenager). The cakes weren’t all for me (though, come on…it is friday!!!) and I took them into work to brighten up the day of the lovely girls who work with us.

As I sat there, surrounded by Specsavers staff in their 1940’s and 1950’s outfits waiting for Eric to agree to my refund (I wasn’t going anywhere without one, which I think he sensed after the first few minutes of our overly polite meeting), I did wonder why they had chosen the 40’s and 50’s. My mum’s era was the 60’s, that’s when she grew up, that’s when she was a young teenager, a young woman, finding herself in the world, falling in love, learning to dance, becoming the woman I would come to know and adore as my mother. I almost told them they were too narrow-minded, that dementia was not just for the elderly that younger people get it too, but I refrained. At least they were trying I thought, at least they were making an attempt to raise awareness and much needed funds.” Off your soapbox Sarah!” is what I had to tell myself. “Walk away!”

Yesterday I attended a Dementia Forward singing group, after speaking to the lady who runs the session last week and asking if I could become one of their volunteers. She was lovely and invited me along yesterday to join in and help with the activity. A part of me was a little reticent…I mean, it’s not like I ever find myself milling about with nothing to do each week – most weeks are packed full of work, kids, sporting activities, blogging, washing, ironing, tennis, gym, more work, more kids, cleaning, cooking, running…..you get the picture. But, a friend had mentioned it to me and if I can’t be on hand to help my mum and dad, then at least I can free up a few hours each week to try and help others who are struggling with dementia or who need the distraction of a fun activity each week to help them connect with life again.

I got there early (very unlike me), before the lady who was expecting me (Debby) had even arrived. A tall, confident lady, who I later found out is a lady with dementia was on the door, taking names and payments and asked me very briskly who I was and was very abrupt when I said I was looking for Debby. She herded me into the church hall where I waited patiently, trying to shrink into the background as the room started to fill. Once Debby had arrived, said brisk lady came and found me and poked me hard in my arm, “You’re the one who was looking for Debby aren’t you?” she asked. “She’s there.” She poked me again, making sure I had understood. I had.

Later, when the singing began, she was one of the most enthusiastic singers with a beautiful tone and huge range to her voice. She sang loud and proud and it was lovely to see her doing what she clearly had done well all her life.

The room was full, there must have been 40 people there; people with dementia and their carers, all at different stages of the disease. Some able to chat to others and enjoy the social aspect of the morning. Others confined to wheelchairs and supported heavily by their carers, but they were still encouraged to join in with the music and to those who wanted to see it, to those who bothered to look, you could see their eyes light up as the music lifted the whole room. We sang, many people danced and we laughed. I helped hand out teas and coffees and cake. Someone offered me a slice of cake once all the attendees had had their fill, “Ooh lovely,” said I. “I will, thank you” and reached out my hand to grab the last piece of coffee cake off the plate, at which point, the lady holding the tray veered away from me and walked off. She clearly thought I could do without cake!

It was a lovely few hours and I could imagine my mum really enjoying something like that. At one point many of them got up to dance and I sat there, blinking back the tears as I pictured my mum there, dancing with everyone, putting them to shame with her well-rehearsed and beautiful moves. I could almost see her floating around the room, feet and body moving effortlessly to the music, head tilted to one side, arms held out beautifully, fingers elegant. I had to stop singing then. I had to block it out.  It hit me hard a few times throughout the session, particularly when the realization that my mum would have probably been the youngest there dawned on me. I think it was as we were singing “Daisy Daisy” and I was helping David, the man sitting to my left, find the right song in his songbook. However, despite my moments of sadness, it was a really joyful few hours. The love and support in that room and the dedication of the other volunteers and the charity workers was admirable and heart-warming and a much-needed reminder on the day that a 41 year old MP and mother of two lost her life in a violent attack, that for the most part, people are inherently good. I have already decided, that if they’ll have me and if I pass their checks (references were supplied and ID copied!) then I will be back. Dancing shoes ready, singing voice warmed up, ready to bear the brunt of a hard poke or two, and without any hope of a slice of cake at the coffee break….because it was simply lovely. A reminder of what humanity is all about: Caring for each other, sharing with each other, listening to each other, lessening the burden where we can, easing the pain and fear and taking comfort in each other when we can.

Surely that is what it is all about? Surely it is that simple?

I am sure tomorrow as I herd my children around the supermarket, watch my son’s tennis lesson and take overdue library books back (paying my fines), I will either spot someone shaking a tin for dementia or Alzheimer’s, or spot a fundraising poster at the library or somewhere. Someone may well post something on social media about a fundraising activity they are attempting to complete or I will just get a nice message from someone who is supporting my blog. Whatever raises awareness of dementia can only be a good thing, even if it does feel like it has taken over my life some days! If dementia IS following me -that man in his over sized foam suit who is hiding behind corners waiting to scare me – then he won’t make me jump, no matter how loud he shouts or how obscure and cunning his hiding place is. He can shout “BOO!” as much as he wants, I am ready for him. I am looking everywhere for him, he is in my thoughts and in my vision constantly, so there will be no surprises, it is impossible.

You don’t scare me Dementia! One day you will be defeated.