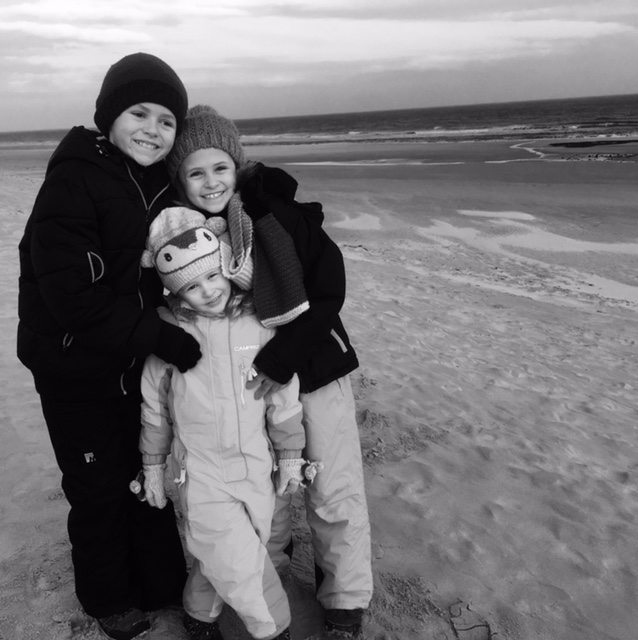 My favourite jumper has a stain. It’s small, but it’s noticeable. A bright orange stain on my lovely light grey, hand-wash-only, woollen jumper.

I have washed it twice. The second time I went to town with the stain remover that promised to remove most household stains. It didn’t. My orange stain must be an unknown substance known to man, or at the very least one that has not yet been defeated by stain remover.

My immediate thought was to call my mother and ask her advice.

A prime example of when this dementia thing has caught me out. I had to stop for a moment and take a deep breath. The shock is still raw and still has the ability to shake me to the core.

Mum has worsened over the past few weeks. Many days she spends all day asleep in bed, other days the carers manage to get her out of bed, but after a short time she is taken back to her bed again. She is physically weak and now has trouble standing and walking. Her legs give way beneath her, as if she is simply not strong enough to hold her own weight.

Dad got a call a few days ago to ask if they can move her room around. They now need the hoist to help get her in and out of her bed. I wanted to laugh when he told me; she probably only weighs around 7 stone dripping wet. My tiny, withered mother needs a hoist, something I like to imagine the Egyptians invented to lift and move enormous stones that built the Pyramids. I might be wrong, of course. I haven’t Googled it. It made me almost giggle.

But, then I remembered just 7 months ago, helping Dad move her things into that room and we spent ages trying to get the room right. We moved the chair and the bed around so that when she is in her chair she is looking out at the rolling hills and the bird feeders in the garden. We were adamant that she needed to see the green. To see space and the world outside her new prison. I saw the contraption on the ceiling and dismissed it. My mother won’t ever need that, is what I thought. It’s for the very elderly and infirm, I reckoned….the ones I’d passed in the corridors who looked like they were on death’s door.

Another thing my mother struggles with.

I listened to Jeremy Vine the other day, he was discussing the new Assisted Dying Clinic in Guernsey and one of his listeners text in to say that she had spent the previous months watching her mother die slowly of starvation and dehydration in the final stages of dementia.

It seems utterly barbaric to me, but what’s the alternative? A feeding tube? Something I KNOW my mother would never agree to. I have to wonder what my mother would have said to us all if she had known this was her path. By the time she knew, the paranoia and fear had taken hold, so it was difficult to reason with her. At that point, it was too late to have any proper end of life discussion. And, I’m not sure we would have wanted or been willing to admit to the inevitability of it either.

So, it has progressed further. Dementia is winning in the fight for my mum’s life. She has no fight left. There is a part of me that longs for her to improve a little so she can join in the dancing again a little and at least walk from one room to another, but there is another part, the selfish part perhaps that longs for it all to be over. It is so painful that a part of me longs for the release that an ending might bring. I miss her every day. I miss her laugh and her support. I miss moaning at how shit things are sometimes. I miss her devotion and her consistent strength.

I miss her love.

There are no winners and no positives to take out of our journey through vascular dementia. My dad is a better cook than he used to be, I suppose. My siblings and I are closer than we have ever been; drawn together in pain and grief and worry. I have discovered a love for writing and have been interviewed for BBC Radio. But, that’s it. It’s a short list and one no one would ever choose to have as their “positives”.

I read a comment from a friend in the U.S. to my father. A response to my father’s recent words. She is someone who is coming to terms with the death of her mother and the advanced dementia of her father. She also has small children and is someone I have come to admire greatly.

“….and one day, thanks to you, your grandchildren will know what love is.”

Her words made my legs give way beneath me. I struggled for breath, gasped for air and I sobbed until my eyes stung and my shoulders stopped shaking. I screamed into my jumper and I unashamedly called out for my mother; wanting her to make it all alright again, like she always used to do.

Then the kids came in and I wiped the snot from my face and the mascara from my cheeks and they helped me take the piles of laundry upstairs.

“Your jumper has a funny mark on it,” Martha said.

I bloody miss you, Mum x

2 thoughts on “Dementia: To Know What Love Is”