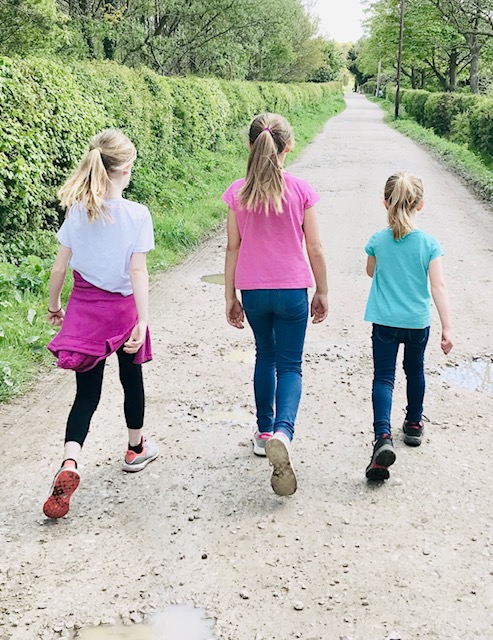 My mum used to have very long hair as a child. So long she could sit on it, apparently. Growing up, it was a story I would share with my friends with immense pride. My mother, a living, breathing Rapunzel. I have seen plenty of photos of her with a long ponytail trailing down her back. Black and white photographs of a young girl with a whole world of opportunity ahead of her. 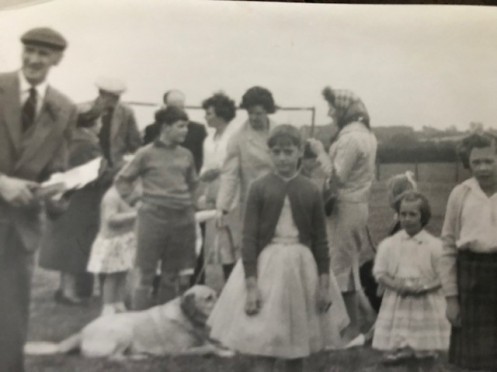 I wasn’t allowed long hair as a child.  I had it cut into a neat and easy-to-maintain bob. My best friend however, had long flowing black hair and it was a cause of intense childhood envy. My sister and I would console ourselves by putting pairs of tights on our heads and swinging the legs around our shoulders, pretending it was our long flowing locks.

My girls both have long hair. Martha had hers all cut off a few years ago; she donated her locks to the Little Princess Trust who make wigs for children with cancer and raised £1500 for the Alzheimer’s Society. I keep asking if she’d like to do it again, but for now, the answer is no. She is loving her long hair and haunted by my own childhood bob, I am letting her revel in it.

Mabel’s got a little straggly a few weeks back and so I took a pair of scissors to it. It is slightly lop-sided. Hairdressing is not my forte.

When I lived in London I had a great hairdresser who I trusted implicitly. One fateful day I told him I wanted a change. His eyes lit up.

“Do whatever you think,” I told him.

I was in my flat. No mirror in front of me. Instead I was facing my sister, my boyfriend and one of my bestie mates. I didn’t need a mirror. Their faces reflected back all I needed to know, as a feeling of dread slowly spread from my toes to the top of my head over the next half an hour or so. I tried not to panic. He knew me, my hairdresser. He knew I wasn’t one for funky, fashionable, arty cuts. I mean, my words “do what you want” really meant, “give me a bit of a trim, perhaps a Rachel-from-friends-style-bob”. I thought he knew this.

Surely he knew this!?

I held it together as I thanked him for my new, brave, arty and ridiculous hair cut that would not have been out of place on a Milan catwalk. I then cried for several hours. Those around me tried to console me through their laughter. I tied the two strands of long hair I had left into tiny plaits and glared at the bowl cut, (reminiscent of an old page-boy cut my mother had carved on me as a child) that swung heavily around my face.

I lasted about three days and then went back to see him to see what on earth he could do to make it more “me.” It had to all be cut off. My shortest layer was just an inch long at the crown of my head. It took a long time to grow my long locks back.

“I used to love your hair, all long and wavy,” was a frequent comment by people at work. 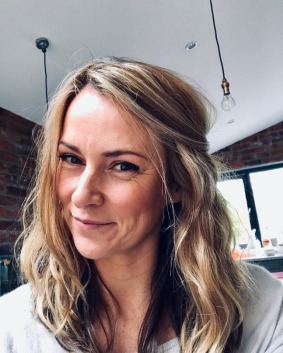 I learnt my lesson and have stuck rigidly to trims ever since, except for one or two unadventurous bobs over the years.

My mum was good with our hair as we grew up. Pretty ponytails with ribbons was one of my favourites. I used to love feeling it swing as I walked. You have to walk with a certain swagger though, to get the swing. Either a swagger or a purposeful walk. A walk with meaning. Intent. Just shuffling along will not get your ponytail swinging.

My friend and I were out walking with the kids last weekend. Her daughter and my girls were ahead of us, constant chatter, laughter and their ponytails swinging wildly. A whole life of opportunity ahead of them and their swinging, confident ponytails.

My mum chopped her long hair off one day when she was a teenager and never grew it back. It has been short ever since. In fact, her hair is the longest now that I have ever known it. She has very fine hair and would always use a small curling brush to give it some extra bounce and lift. A couple of years back, Dad asked me to dry it for her as she could not longer do it herself. She sat very still at her dressing table as I gently tried to control her fine hair and tease it on to the brush. I managed okay. It wasn’t as good as she used to do it, but it resembled the old mum and it was a privilege doing that it for her.

I kept it together for long enough to finish her hair and present her as she once was to my father.

A few months ago when I was up visiting, my mother’s hair had been pulled into a small ponytail. It is probably the first ponytail she has had since she was a teenager. It didn’t look right. Perhaps it is because I have never seen her with her hair up. Or perhaps it is because there is little point to a ponytail if it can’t be swung with attitude, intent or purpose.

We removed it and carefully tucked her slightly too long hair behind her ears.

“I want to grow my hair right down to the floor,” Mabel told me, after I’d massacred hers with the bathroom scissors a few weeks ago.

“Did you know, Granny used to have hair so long she could sit on it?” I said. I felt strangely proud and wondered why I had not told my girls this bit of information before.

“Was it magic too? Could it make people younger or better?” she asked. “Like in the film?”

And, again, I held it together as I watched her skip away.

What I should have told my youngest, is that no, hair is not magic, but it can give a girl immense strength and confidence. That if she walks through life like she is swinging her ponytail – with determination, courage, a touch of pluck and a slight swagger, she will be able to face whatever challenges come her way.

I miss you, Mum x

2 thoughts on “Dementia: The Importance of Swinging Your Ponytail”