I drove up last night, with all 3 kids, in what turned into a bloody stressful journey. Mabel needed a poo as soon as we set off (“it’s coming out, Mummy!), but seen as we were on the A1 there was nothing I could do but ask her to hang on. “Don’t you dare poo in your car seat, Mabel Jane!” may have passed my lips more than once (in a not-so-gentle voice). We eventually found a parking spot to pull in on the A66 and I risked the speeding, too-close juggernauts and got her on the potty by a grass verge. “My no need poo poo, Mummy,” were, I think, her exact words as another lorry sped past, spraying me with filthy water.

That child! Sometimes words fail me! 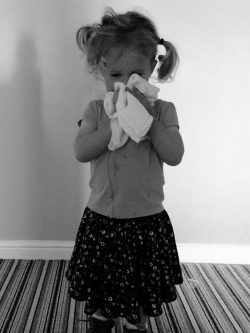 This occurred several times on our 200 mile trip. My youngest’s very loud protestations about her desperate need for the toilet, only for us to stop and her immediate “need” disappear. We stopped at a service station on the M6 (“My no need poo poo now, Mummy,” as soon as I sat her on the bloody loo) and I treated them all to chicken nuggets (read: I ate a load of processed chicken-like food stuff I didn’t need) and we continued up the M74, arriving tired, stressed and an hour later than planned.

Mum is normally in bed by 7.30-8pm, as a lovely carer lady comes in around that time and helps her get ready for bed and gives her her medication. Part of the pressure of the journey was knowing that Dad would keep her up to have dinner with me and I wasn’t sure how she would react to the later night and the change in her routine. Thankfully, she wasn’t too bad. Tired and sleepy by the time we had finished dinner at 9pm, but not agitated or aggressive in her confusion. Just confused.

Today has been a bit better than I expected, in the main. The kids, I think, are a good distraction for her. Mabel is oblivious to her anxiety and constant confusion and simply plonks herself on Mum’s knee with a jigsaw, or a book and demands attention. Mum copes with this admirably and for a time this afternoon, unless you were looking for it, you would be hard-pushed to see evidence of this bastard illness. But – I am looking for it, of course.

Dad had bought fish for dinner. Fish with skin on. Now, those who know me well know I have about half a dozen dishes I can do very well and skinning fish is not one of my honed talents. I massacred one of the fillets. Dad thought he’d try the second one, but Mum was hovering nearby, so, perhaps buoyed by a glass of a lovely Rioja, I asked her if she wanted to do it. It was lovely to watch her flip the fillet over (the right way) and get the sharpened knife under the skin. For a moment my heart sang! She’s only going to bloody do it, I thought! Then slowly I sank back into this new harsh reality as her knife missed the fish completely, but she continued with her filleting (of the chopping board), thinking she was doing a grand old job. Dad and I didn’t react. We ignored it, didn’t make an issue of it.

This, I realise is a new me. A few months ago, I’d have pointed out her filleting failure and her constantly changing and ever-increasing number of short-comings. When she said something “odd”, I would have asked her what she meant. I would have got her to repeat it and asked her to explain to me where these strange men were in the house, or why she thought someone had taken her car without her permission. I would, inevitably, have made her more distressed by telling her how wrong she was and that she must be confused as no one else could see men in the house; that there were, obviously, no men guarding the doors and the person who had taken the car was Dad, so of course he was allowed. It was his bloody car!

The new me doesn’t seem to be doing this. I have heard a number of “odd” comments today; about wicked men, or about how she is lucky as her “girls” call her every day (I am one of them), or her query about where in Yorkshire I live, as Sarah lives there (maybe I am her friend?). Instead of challenging her, I ignore the comments, or mumble a response, or I get distracted by the kids and I think this has possibly helped us both. It’s hard though. It’s hard to not laugh as she tells my dad he can’t be her husband, as he’s too young. It’s hard not to cry as she struggles to put her next hair appointment in her diary – she can’t find the right month, let alone the right day – then, when we get on the right day, she has absolutely no idea why she is holding her diary open in her hands.

Then later this afternoon she started whispering to me that there were two men in the house and did I know? But shh, I had to be quiet! I was taken upstairs and shown the evidence – my bag, slightly opened, showing my running gear (I am always hopeful I will find the time and the energy to run off my many indulgences). Oh Mum, can’t you see that is my bag? These are my things? That book at the bedside table is mine and that toilet bag is filled with my shampoo / my moisturizer / my toothpaste? There are no men in the house trying to steal things. There are no men hiding in the cupboards ready to do you ill. There are only people who love you and who want the best for you. She wasn’t convinced. I tried to reassure her, showing her the things were mine, not some dastardly intruder’s. Then, out of nowhere, Mabel ran into the room and flung herself at my mum, shouting at the top of her lungs, “My need poo poo Granny! It’s coming out!”. And, there we were, dragged back from the brink of a delusional episode escalating, the potential ruin of a day averted by the innocent, comical words of my youngest.

My God, I love that child!

6 thoughts on “A Toilet Stop!”