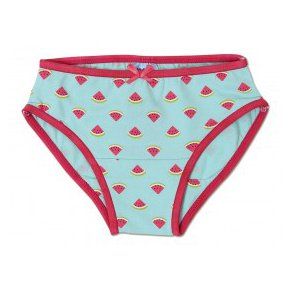 I have just returned from another trip to the vets with our dog.

This time it was knickers. 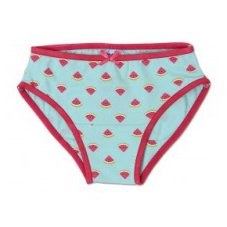 Last week it was a sock.

The dog is close to being euthanized, as if he attempts to bloody eat and digest anymore of our underwear it really will be the last bloody straw. Or sock. Or bra. Or whatever the hell it is he throws down his greedy neck.

Thank the Lord for pet insurance!

I should have known really….the first night we brought him home, he jumped off Martha’s knee and howled and demonstrated so pathetically with his leg held out at a funny angle that I really thought he’d broken his leg. Needless to say, he was fine and walked off his little sprain within a few minutes, but first thing the next morning I contacted the pet insurance company and got him covered.

Good thing too, as he loves to eat socks. Properly, chew-and-swallow-eat, not just chew like a puppy chews things. No, my dog eats them for pleasure.

When he was very little, he became ill – diarrhoea-ill and this was most unpleasant for two reasons: 1) It is not very nice coming downstairs in the morning to puddles of stinking shit and 2) He was still squatting like he needed a poo, but at times nothing came out. This resulted in one particularly lovely afternoon when I was walking him through Harrogate only for him to do the fake squat. With nothing but (literally) one tiny drop of brown liquid hitting the pavement I wondered fleetingly whether I should pretend to pick up the non-existent poo, so to satisfy the drivers in their cars that were queuing for the roundabout just behind me. Stupidly, I thought I wouldn’t bother and so walked on brazenly, only for a middle aged, very cross looking man to shout at me from his car about me being a disgusting human being and that I should go back and pick up my dog’s mess.

I immediately felt about 10 years old and shook with embarrassment and humiliation as I tried to shout back at him, that my dog had the shits and that there was nothing there for me to pick up. But I don’t think he believed me.

“Vile man”, or “T**t” is what I muttered as I walked away from the non-existent poo.

But, if I had seen me do what I did, without seeing the fact that there was indeed, no poo to pick up, I know I would have also judged and tutted and muttered about me being a disgusting human being. I’m not sure I would have put my window down though and shouted across the road. I don’t think I would have been either brave enough or mean enough to do that. But, perhaps he was right to shout. I don’t know. I’m over it now (can’t you tell?)

Anyway – back to the sock thing. The fact he was being so poorly was because he had eaten a sock and it had upset his tummy. Several expensive tablets later, he was fine.

Well, did he learn his lesson? Did my beautiful yet utterly stupid dog think, “that was a bit painful, I won’t do that again?” Did he bollocks!

Last week it wasn’t poo everywhere, it was vomit. Lots of puddles of vomit.

The vet admitted him straight away and the upshot is, he had to have his tummy cut open and a sock was removed from his small intestine. £2500 later and he is on the mend, albeit with stitches like a Cesarean scar across his tummy, special dietary food for the next 10 days and enough medication to kill the cat (now, there’s a thought!).

All good, you might think. The drama is over…….Not when you have a Labrador!

Today he grabbed a pair of Martha’s knickers that had fallen off my washing pile and, well….he ate them! Arrgggghhhhhh!!!

One trip to the vet later and the dog has again been admitted after receiving a terrible medicine to make him vomit. The knickers did indeed appear. The young male vet joked that “surely they must be yours?” I guffawed a little too loudly as he held up the blue and pink spotty knickers that wouldn’t fit up one of my arms, never mind cover my arse.

The dog is feeling ill and sorry for itself and has had to stay in the hospital while they keep an eye on him as he comes round from his nasty medicine. I joked with the vet nurse that I might not return for him later – she laughed. I didn’t. It wasn’t a joke.

Life has been a bit like this in general over the past few months – the dog is just the icing on the cake.

Mum has continued to decline and Dad has been struggling. He got a call just a few days ago to inform him that the care home he had put Mum’s name down for just a few weeks ago has a place for her. Right now.

Both she and I told him it was fine, the time was right, he can’t go on like this and actually it is probably the very best thing for both of them. Mum will get the care she needs and Dad will have some pressure taken off him. I’m not sure he believes us. I’m not sure he ever will.

I asked him what we do next, if he wants to accept the place for Mum how do we go about it? What do we need to do? What are the first steps? Is it as easy as saying, “yes please”? He didn’t know.

So, two years in – with my mother completely incapacitated, struggling to eat and take her tablets, virtually uncommunicative, incontinent, mostly miserable and unable to take any enjoyment out of life – there are still so many unknowns.

Surely the support should be better for people like my dad? So that even if he doesn’t know, he doesn’t worry about it, because he knows someone is helping him with it, someone is there to assist him every step of the way. Surely, it should be much easier than it currently is? Surely he should be guided through this very traumatic experience as gently and as expertly as possible with as much empathy and assistance as his personal situation requires. That’s how it should work in an ideal world.

But the world is certainly not ideal.

And neither is my bloody dog. 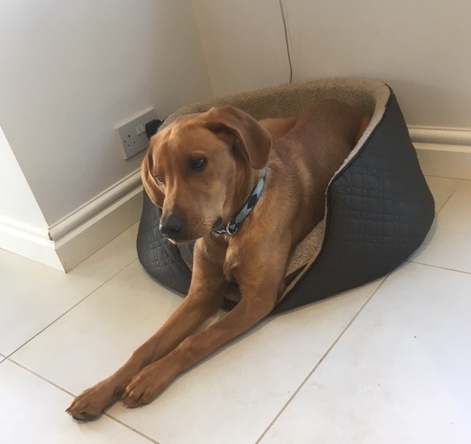