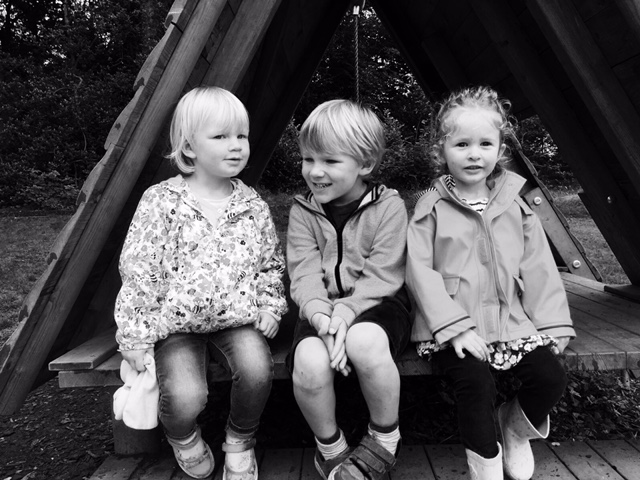 I have been a bit lazy with my blog over the past few weeks; the school holidays have inevitably had an impact on how creative I feel and how much free time I have to simply sit and think; but then we’ve also had a sickness bug in our household. This has felled the two girls, the littlest one first and caused such an enormous pile of washing that for a few days I felt like bloody Widow Twanky.

Typical that the lurgy arrived just as my best friend, Ailsa arrived for a few days with her two sprogglings; a trip that we had booked in the diary for a while and our first catch up in eight months. So instead of nice days out, visiting beautiful Yorkshire attractions and exercising the children (so that we could feel smug and like good mothers as we quaffed wine at 5pm) we were stuck inside for the best part of two days whilst my middle daughter slept off the lurgy.

She said she didn’t mind. She said it was just nice to be able to catch up properly for the first time in 8 months. She said it was perfect… and you know what? It was. Who needs expensive trips to RHS where we would have probably spent a fortune on Betty’s Fondant Fancies and Fat Rascals (they exist, honestly!) and cinema trips where the kids would have inevitably eaten too many sweets and we’d have struggled to referee the five of them between us. Instead, she took the littlest monsters to the RHS gardens and ran them for a couple of hours and then we got out all the toys that Hubby thought he’d hidden well in the storage loft in the top of our garage and refereed them in the garden, the kitchen, the living room, the dining room – everywhere. Whatever one child played with the other two small ones wanted – immediately! What fun!

What was also fun was the catching up: The sharing of family stories, the laughter and the tears, the sorrow and the belly aching hilarity of sometimes simply knowing each other since we were 5 years old. We reminisced about fashion disasters, relationship disasters, friendship break-ups and did some good old Facebook stalking. We drank wine, we ate crisps (family packs) and polished off a pack of Lindt chocolate balls on the first night alone.

Of course, we also talked about my mum. Ailsa has known my mum since we were at primary school together and will freely admit she was quite terrified of her in the early years and particularly in our teenage years when she thinks she was probably a bad influence on me. Of course she was, that was one of the reasons I loved her so much!

My lovely friend cannot imagine my mother as I now describe her; muddled, frail, confused, unable to string a sentence together never mind cook up a hearty meal or even put the kettle on. Her disbelief and shock as I regaled recent stories were a reminder of how fast this thing has taken hold and how, just a short time ago my mother was still, well….my mum.

As the youngest and most challenging daughter was being sick on Saturday night and I sat at her bedside, ready to whip her over the edge of the bed to try and get the next load of vomit into the bowl or at the very least a towel (as opposed to on the bedclothes for the third time), I remembered back to when I was little and times when I had been poorly. The only person you want when you are unwell is your mum, isn’t it? Somehow she could make it all better, with a simple stroke of the head or a reassuring word that you would be okay and yes, of course she’d go and find you a lemonade ice lolly, as it was the only thing you could face eating. She would always be unflustered, the sick bucket would be whipped away and returned within a few moments, clean and sparkling again, ready for the next wave of puke.

As I cleaned up my daughter, putting her in the bath at 1 o’clock in the morning to wash the sick out of her hair whilst trying to reassure her that she would be okay and that mummy would make it all better, I hoped I could live up to the high bar my own mother has set. I hate dealing with sick and I hate it when my kids are poorly. When it happens, there is small part of me that begins to panic and I admit that my body recoils at the sight and smell of illness – it is an automatic reaction – but, I swallow down the panic and force myself to keep calm. I try to reassure my kids, offering comfort first and then I act; fast and efficiently whilst somewhere deep inside me a voice is yelling out; screaming for my mother to be there, to help me, to show me how best to deal with it (and amongst other things how best to wash pillows and dry them without them being completely ruined. This will, I think, always be a mystery to me. I follow the washing instructions but every time I have to throw them away, so ruined and distorted are they by their experience in my washing and drying machines!).

I have just called my parents, Mum answered, which is always disappointing as it means I don’t get to speak to my dad. “Is Stephen there, Mum?” simply brings more confusion and tonight, it added to her agitation over the men in the house who are not letting her drive her own car and who are helping themselves to her money and NEVER saying thank you. I tried to change the subject, “Martha and Mabel are better now Mum. They had a dreadful sicky bug.”

“What are we going to do with you, Mum?” I sighed.

“What do you mean? Me?” she answered, very briskly. Funny how she hears the things you don’t intend her to hear. Cruel bloody disease.

Thankfully, we are now over the bug in our household. Archie hasn’t shown any signs of it and I am hoping that as he is older, his immune system might be strong enough to simply bat it off. “Away with you you offending bug! You are done here!” I imagine myself drawing a sword and chasing it from our front door. I’ve had enough of vomit and washing for a while anyway. Chaos, mayhem, mess, friendship, laughing so hard your face hurts….I can do a repeat of that, no problem.  My friend and I have already booked in our next catch up, undaunted by the chaos ignited and fueled by the five butter-wouldn’t-melt children…….you can never have enough of a good friend can you?

Mum on the other hand, well how I wish that her illness could be driven from the door with some imaginary foil flicking, a good dollop of disinfectant and an endless supply of lemonade ice lollies.

I can but dream.

2 thoughts on “Fighting The Lurgy”