My youngest daughter has just seen a picture of herself from around two years ago. In the photo, she is sitting between her brother and sister and is around 18 months old and other than looking a little younger, she looks exactly like she does now. Soft blond curls framing her small, angelic face. So, I was a little stumped that she didn’t recognise herself.

It was only when I confirmed that it was in fact her, that she screwed up her angelic little face and pointed angrily to the brown trousers she was wearing in the photo. No words, just an angry growl, as she made her thoughts about her outfit known. 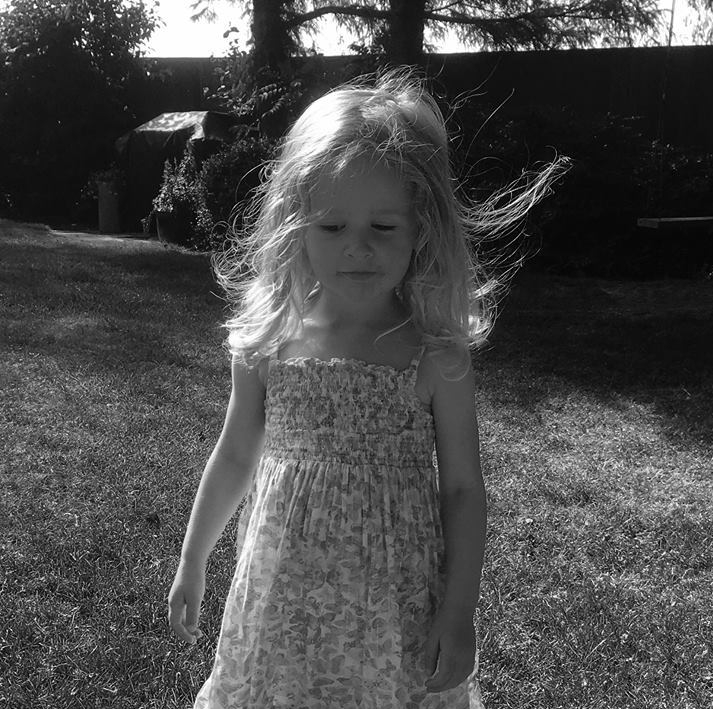 She is head-strong, bossy, grumpy and bloody marvellous and as soon as she was old enough to have an opinion, she has demanded pretty skirts and dresses every day. Some days I choose to battle, gritting my teeth and steeling myself for the melt down should I assert my parental authority. Some days though, I cannot be bothered and she wears the prettiest dresses and her “dancing” skirts to play out at the park and ride her bike. If Mabel gets to wear her favourite dancing skirt (a silver-grey tutu) then I have a very content little girl on my hands. If I convince her to wear (also read: manhandle her into) a pair of jeans or (God forbid) shorts then I know I am charging headlong into a day of tantrums, foot-stamping and constant moaning.

The decision as to what kind of day I am prepared to tackle, is all mine.

My mother would find this highly amusing, as I was apparently very similar when I was Mabel’s age. Mum would dress me in her beautiful, home-sewn dungarees and I would disappear upstairs and come down ten minutes later completely naked, having managed to wriggle and wiggle myself out my mother’s carefully chosen outfit. I was, clearly, happier in my birthday suit than in what I considered to be ugly clothes. Pretty skirts and dresses kept me happy; dungarees and trousers did not.

Through my teenage years I got this tale thrown at me a lot. It was the era of Doc Marten boots, tie-dyed skirts, hessian (smelly when wet) coats and Joss sticks. My mother found it highly amusing that the girl who only ever wanted to wear pretty dresses as a toddler now clomped about in big ugly boots and clothes that had been recycled from sacks of Maris Pipers!

I have many happy memories around clothes with my mother. As soon as both my sister and I were young adults, we loved taking Mum shopping. As a young woman in her late forties, she became a bit…..well, old before her time (how bloody ironic now!) and struggled to know how to dress. Emma and I took her to shops like Hobbs and found her some gorgeous boot cut jeans along with some pretty but elegant tops and blouses and we helped her find herself again.

It became a bit of a ritual, the shopping. We’d make a day of it – into Edinburgh, London or Leeds (dependant upon whom was visiting whom) – with a nice lunch (usually an enormous portion of pasta with a glass or two of wine) planned in advance. Bra shopping was always fun….we’d be in our separate cubicles and I can still hear my mum’s infectious giggles as she caught sight of herself in whatever wrong-sized boulder-holder she’d squeezed herself into.

They were fun times.

Going on safari through the wilds of Africa? No problem.

Trekking through a Rain Forest? Choose from a handful of suitable pairs.

Dining with regal Liz and prince Phil? Take your pick from a range of glamorous killer heels.

It’s fabulous and I’d love to sit and make her laugh about why on earth she ever chose some of the more adventurous (also read: ugly and odd) designs.

I miss that giggle.

Mum has just two pairs of shoes with her in her new home. One pair of which is missing the left shoe – it has been missing for about ten days, so she is just down to the colourful (red, mauve, brown, more red and dark red) brogues she was wearing when we went to visit earlier today. We commented on her shoes and she unexpectedly raised both her legs straight out in front of her and admired her red feet. It was the most we got out of her today.

I am here again, an unplanned visit this time, prompted by a series of depressing events. I am here to support my dad and with my girls we are doing our best to provide distraction in what can only be described as the deepest sorrow. I thought the worst part would be putting her in the home, I didn’t think the worst part would start after that. I didn’t think the grief could become more intense and that my dad would question himself and his valiant, honourable actions.

I didn’t think guilt had any part to play in our lives.

It doesn’t. But it still arrived, uninvited.

It tries to eat away at any joy left in your heart.

Well, my girls and I are here to tackle guilt and to force it back whence it came. It has no place in our lives – we have enough to deal with right now with juggling pain, grief, loss, sorrow, loneliness, regret and heartache – without trying to worry about guilt too.

Guilt can do one.

Guilt can f**k right off.

I will pack Guilt up in my little car in a few days’ time, along with whatever pairs of shoes my father wants me to take with me (for a rainy day, as you never know when you might need an extra pair of walking boots / ankle boots / dancing shoes) and launch it out into the wilderness of the Yorkshire dales as we tootle over the A66.

The shoes though, I’ll keep those. They will remind me of fun times, odd choices and my lovely, beautiful, crazy mother who is missed more than she can ever imagine. 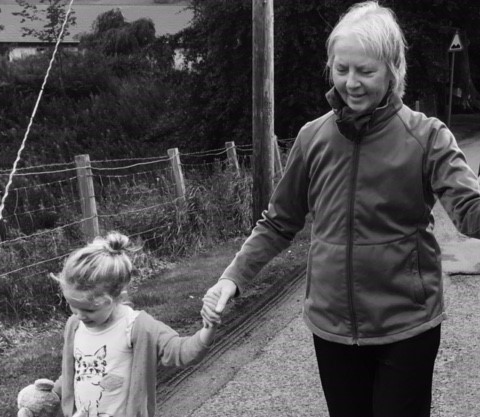